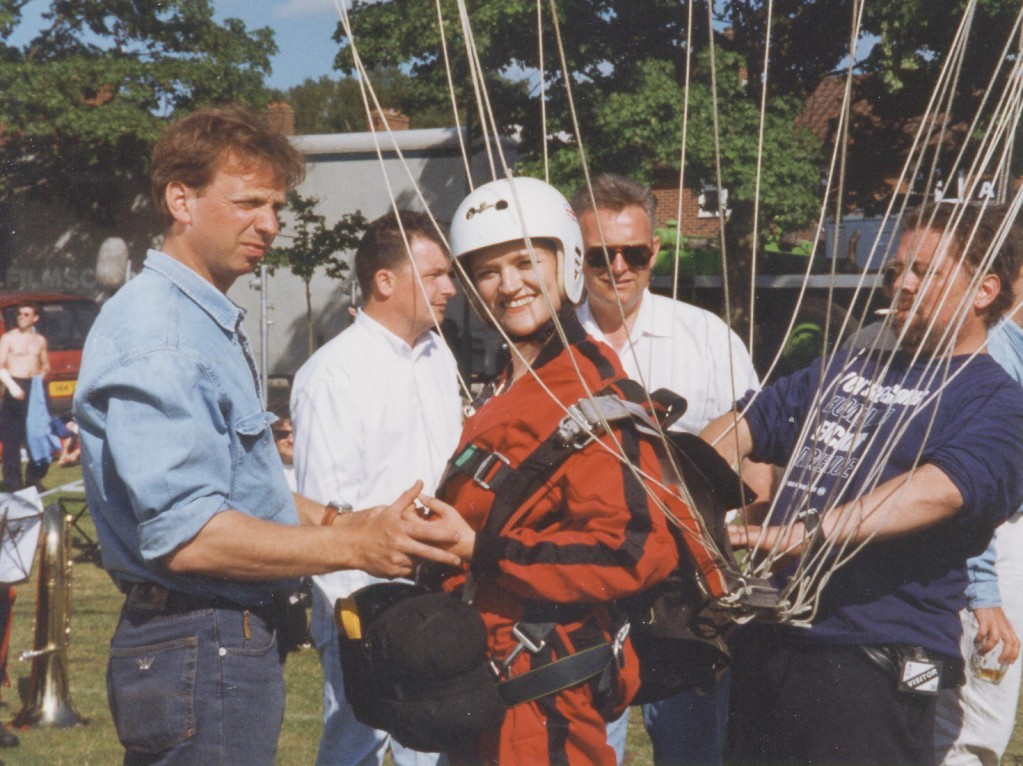 It was the first tv show I ever did (back in England) and I did my own stunt. Not bad, eh?

In my audition the director, Doug McKinnon, asked me what I was up to. I told him that I could lie and say I was writing my own one-woman show, but that in fact I was selling Moist Meaty Chunks dog food to pet shops from a call centre. He laughed, I was hired.

Playing Elaine, the klutzy soldier’s wife who agreed to do a parachute jump for charity, I bore the brunt of Jonathan Guy Lewis’ character’s anger while training for the jump.

Side note: I almost kicked the stunt coordinater (left in the picture) in the nuts when coming down on the parachute attached to a 2 ton truck. I lifted my feet just in time. Luckily he had himself covered. I think in the original episode you can see him make a grab for them as I get too close. 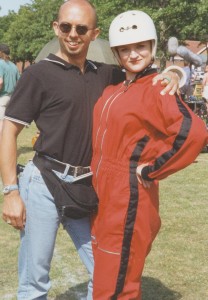 I try to look hot in a jump suit. I’m not sure I quite pull it off. But the wardrobe guy plays along because he’s a gent.

Clips from the episode are included in my British showreel. It’s mostly of me crying while Jonathan Guy Lewish shouts at me. His character was mean! He, on the other hand, is a total sweetheart who invited me to workshop his new play at the National after we worked together on Soldier, Soldier. Hoorah!