The majority of my career to this point seems to have revolved around playing prostitues and comedy maids.

Red Noses was my grad show from the Bristol Old Vic Theatre School. I played the prostitute Camille who charges exhorbitant “plague rates” to her customers.

Some of my costume came from a bondage apparel store in Bristol – we had a great time shopping there with the costume designer. I wouldn’t recommend PVC as a garment fabric – you end up smelling like an old watch strap after one performance. I got off lightly though – Marta Nordal who played the other hooker had rubber stockings. She had to use baby powder to get them on and off and she smelt a bit like a condom. 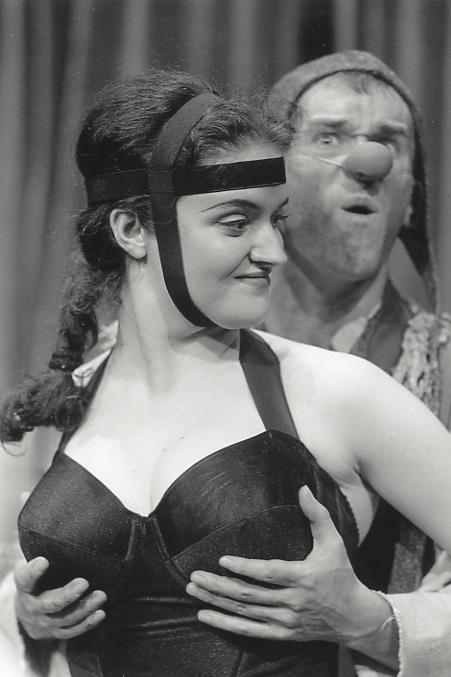 The school bursar Mick Escott (who was also my great friend and employer while I was a student) had this picture up on the back of his office door for years.

It was rather tremendous having a made-to-measure bustier top. I should perhaps think about investing in another one. And the kneepads were fun too (they don’t appear in the stills from the show which were taken during rehearsals before I got them). I seem to recall they were used in a blow-job gag. 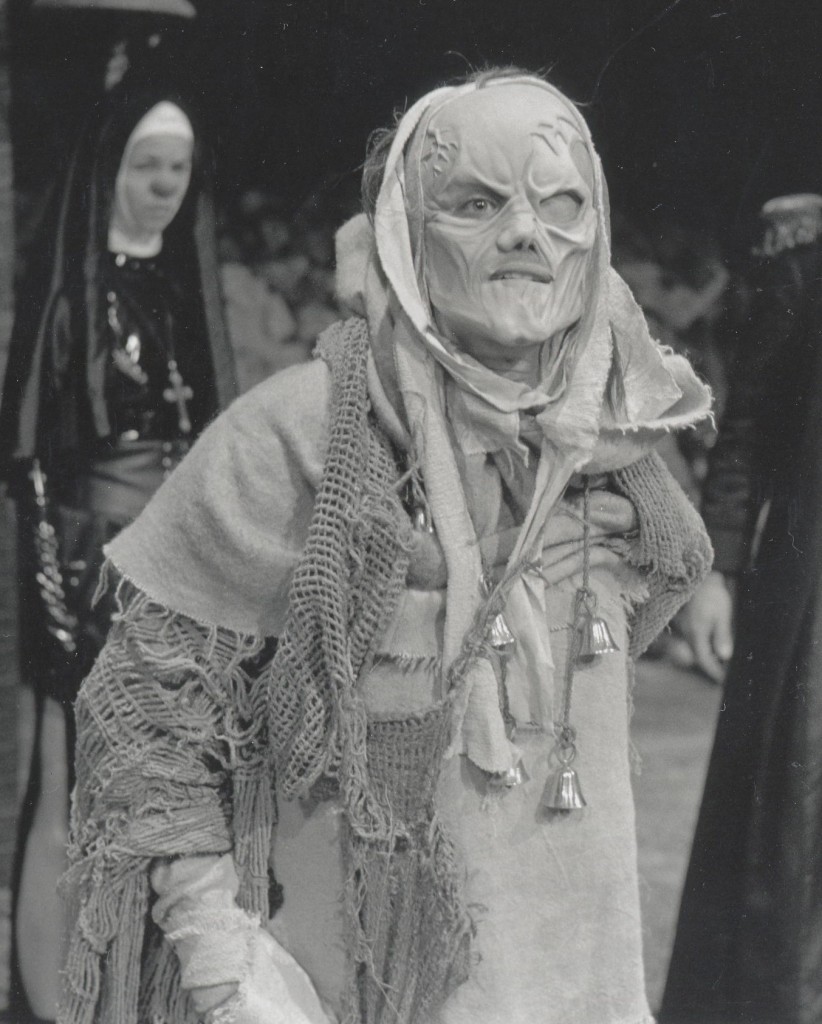 Amazingly, this was not even the most glamorous role I had in Red Noses. I also played a leper.

I had a cast made of my face and breathed through straws while the latex was setting.

Only my mother was able to pick me out – she said she recognized my eye. I hope she meant the good one.

I took some excellent skills away from this production – I can still juggle and do a triple time-step, although probably not at the same time anymore. The entire cast did it for the curtain call while singing “Life is Just a Bowl of Cherries”. What a hoot. Happy days.