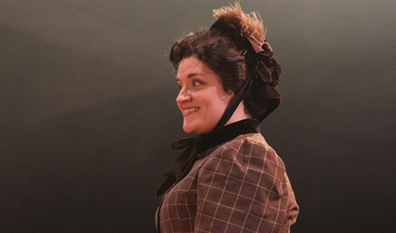 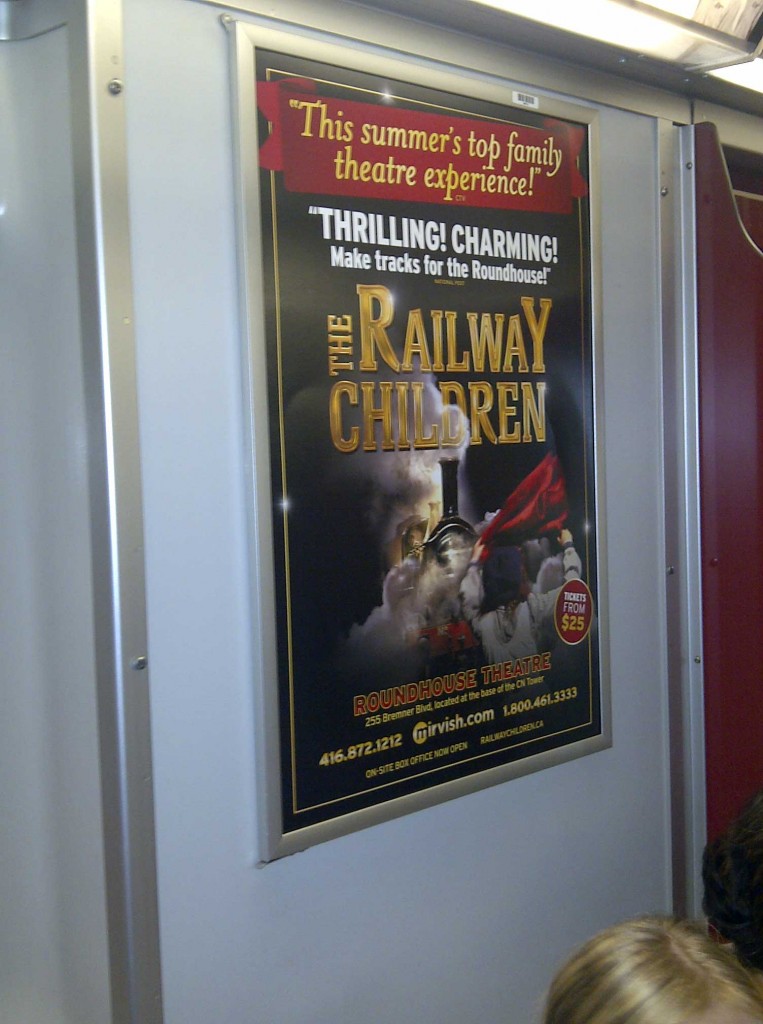 The Railway Children poster in a subway train in Toronto

It is my mother’s favourite movie which I’d seen dozens of times as a child and an adult. So when my friend Laura Schutt told me that I should make sure I got an audition for this British show that was coming to Toronto, I got right on it.

Of course the delicious Fran Messinger had already been making enquiries and in January I had an audition for the roles of Cook and Mrs. Viney.

I soon as I met the director, Damian Cruden, I knew I wanted to  be in this show. He was lovely – a real actor’s director, and as soon as I’d done Mrs. Viney’s lines he said: “Well, you’ve got her, haven’t you?” I think he meant that I’d understood the character, but sure enough, it also meant I’d got the job.

It was fantastic to know that I had a few months’ solid work coming almost straight after Sherlock Holmes. I was thrilled and extra-specially delighted that Laura Schutt, whom I knew from Pride and Prejudice, would also be in the show.

I loved the costumes, especially the wigs and corsets which really helped me personally with my characters. And the staging and music was wonderful.

I’m proud to say I didn’t miss one of the over 100 shows. I went on as Mother for Emma Campbell when she had her best friend’s birthday, and for Alison Deon as the Country Cook. You can see pictures from the show below – click on the first one then click on Esc to exit.

Here’s the trailer for the show:

It was an extraordinary production for many reasons: a theatre built around railway tracks to accommodate an 85 tonne steam train, a wonderful cast of old hands and new talent, the best crew I have ever worked with, sharing the tent with groundhogs and racoons……and at the end of the day it was the experience of a lifetime.