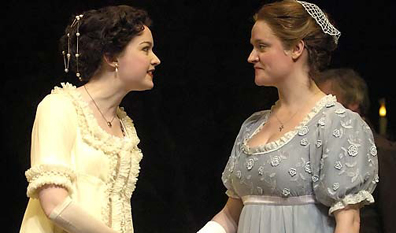 I was thrilled when I landed the part of Charlotte Lucas in the Grand’s production of Pride and Prejudice. 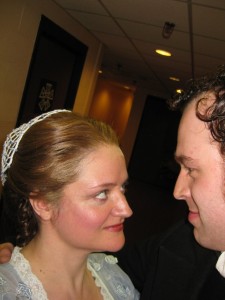 I loved the novel as a teenager, but remember throwing the book across the room when I read that Charlotte was to be married to the odious Mr. Collins. As a sixteen-year-old it was too horrific an idea to have to marry such a loathesome creature because the alternative was future destitution.

Luckily for me my Mr. Collins was the fabulous actor Alden Adair who was a joy to work with. We got on so well that I had to work very hard to dislike him as my character! We had to be careful during rehearsals not to make each other laugh too much. Both of us are terrible corpsers and we didn’t want to get into too much trouble for having too much fun. 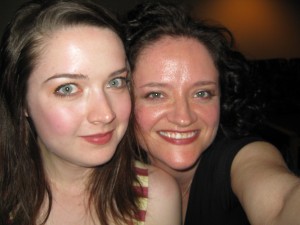 The delicious Susanna Fournier played Eliza Bennet and we became firm friends very quickly. Pretty lucky since Charlotte and Lizzy are BFFs in the play. We indulged in our shared love of curry on two-show days and Susanna was single-handedly responsible for producing five of the eight naked men I got for my 40th birthday party (not bad to be playing a 27-year-old on your 40th). And before you send a concerned email to Mr. Wex, please be advised that these were virtual naked men. No strippers were harmed on my account. 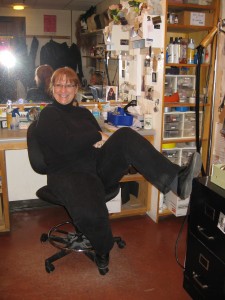 Thanks again to the cast and crew on the show and the administrative staff of the Grand Theatre. Special thanks to Susan Ferley, our director, for creating such a wonderful show.