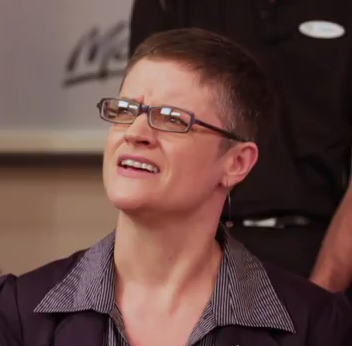 The face of incredulity

It was brief. It was beautiful.

This was my last acting gig of 2011. Originals is a web series written by Brett Heard and Anthony Farrell to promote McDonald’s McCafe. It stars my good chum and fellow stand-up Nile Séguin and new friend Paul Beer. It also featured another friend Scott Yaphe, with whom I worked in Bloodletting and Miraculous Cures. Needless to say, it was a fabulous experience.

I was cast as the Network Executive who will decide if Nile and Paul’s pilot will be made into a series. Originally the role was written for a man, but after my initial audition for another part Brett asked me to read for this one. Flattered and charmed, I consented. And the rest is a beautiful history.

So here it is, the episode wiv me in it. You can watch the other eight episodes here.

Thanks to everyone at Fresh Baked Entertainment for a wonderful experience.